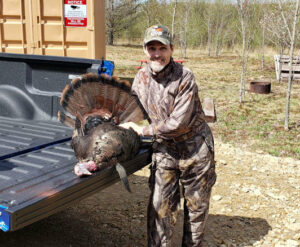 Born in Oklahoma in 1960 and raised in Bossier City, La until I enlisted the United States Navy in 1980 as an Aviation Electrician.

I served aboard three (3) aircraft carriers; in 1995 I qualified to participate in the Navy’s early retirement and retired out of Jacksonville, Fl. I moved to the Washington DC area as a civil servant and worked at the Headquarters of Naval Aviation (NAVAIR) developing the computerized maintenance manuals for two (2) aircraft, the Super Hornet F/A-18 E & F and the V-22 Osprey. In 2006, I resigned my commission as a GS-14 and moved to Clearfield, Pa. I now reside in Brookville, Pa. 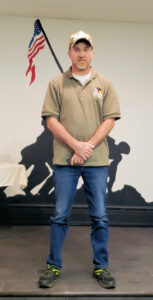 James Pearce.  USN served in Desert Storm. On board USS America CV 66 as a HTN 2nd class petty officer. Lives in Brockport pa with spouse Angela And 3 children works as a nurse for the Veterans Administration.. 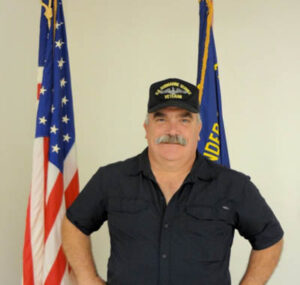 After a 22 year career, Bob retired from the United States Navy in 1998. He had attained the rank of Chief Hospital Corpsman.

Initially he served several years with the U.S. Marine Corps, stationed in Hawaii and California. After a successful tour in Cleveland recruiting physicians and nurses, he volunteered for the Submarine Force. Upon completion of advanced training, he proudly served aboard several fast attack and nuclear ballistic missile submarines.

Returning to civilian life, Bob worked in industry for 6 years doing maintenance. In 2008, he completed a Bachelor of Science degree in education from Clarion University. He currently works as a substitute teacher for Jeff Tech and the DuBois Area School District in Pa.

When not in the classroom, Bob manages over 60 honey bee colonies, supplying raw honey to local customers. He enjoys hunting, fishing, working around the farm, and camping with his wife Chris. The Michael's have four adult children, two daughters in law, 2 cats and a dog, and reside in DuBois, Pa.

Bob has served as treasurer for Military Veterans Outdoors since MVO began in 2015. 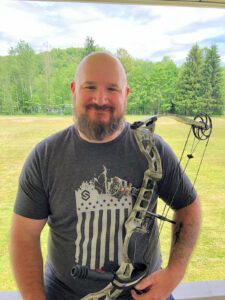 Born in Kittanning Pennsylvania joined the United States Army in 2002. Served 4 years Active Duty as the Medic for the 2/11 Armored Calvary Regiment Scout Platoon out of Ft Irwin California. Deployed to Iraq in 2005 and following deployment reenlisted for 6 years in the Pa National Guard. Served as a medic in the Pa Guard for deployment to Iraq in 2009 with the 1/108th Field Artillery. Continues his service working for the Department of Veterans Affairs. 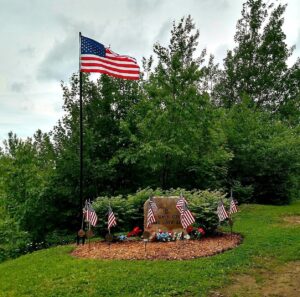 No Bio or photo available at this time 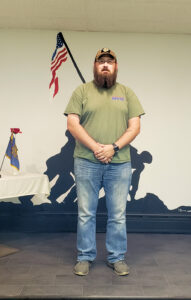 Born 1983 in Petersburg Va to parents that were both serving in the military, he grew up in  Maryland, Germany, and New Jersey where He graduated from Pemberton TWP High-school before moving Briefly to Georgia. Joined the Army June 2001 as a part of the Delayed enlistment program. Went to basic training at Fort Sill in September 2001, attended training at Redstone Arsenal, Eglin AFB, and Aberdeen Proving Grounds.

He was assigned to Fort Hood where he served as a Track Vehicle Repairer in the 1st  Cav Div, 1st BCT, 2/5 Cav. He was Deployed from 03/2004-03/2005 OIF II to Sadr City Iraq at Fob War Eagle commonly referred to as “The Dirty Bird” by its inhabitants. During this deployment several engagements took place the first on 04-04-04 commonly referred to as “Black Sunday” although not directly involved in the events taking place in the city SPC Clifford did his part inside the fob taking supply’s to the aid station...etc. During the rest of this deployment he served as a Gunner on convoys as-well as conducting his regular duties. Midway through this deployment SPC Clifford was serving as gunner for an up armor LMTV when the convoy was hit by two IEDs and was engaged in a small arms fire fight. Which ended in no casualties and only minor injuries.

He was promoted to SGT in 2005 and Deployed again from 10/2006-01/2008 to Camp Liberty in Baghdad Iraq. During this deployment he served as a TC/Gunner on over 300 successful road missions as Convoy security and QRF as well as conducting his regular duties as a mechanic.

Deployed for the third and final time in 02/2009-01/2010. This deployment he would find himself back just outside Sadr City this time at JSS UR where he served as night NCOIC of Areostat operations. His duties were to lead a group of soldiers in Aerostat operations, looking for insurgents placing road side IEDs, overwatch for convoy operations at night in the area of operations surrounding JSS UR and maintaining the Aerostat blimp system.

After leaving the Army in 2011 he moved to Brookville PA to work in the Oil Field as a mechanic for the next 5 years then took a break from that life working at Lowe’s for a year only to return to the oil field once more. In 2015 while looking for a place to hunt he came across the MVO and inquired about joining. He joined and attended his first meeting in 01/2016. Was a regular member till the beginning of 2017 when the former Membership Chairman career took him south bound leaving a hole to fill. Cliff, as his friends call him, decided to take up the call and fill the position where he has been ever since.

“Getting out to the woods alone with nature is a good place to clear my head and reflect on things. I do my best thinking out here on the MVO property, I get to relax, recharge and my freezer gets filled.” 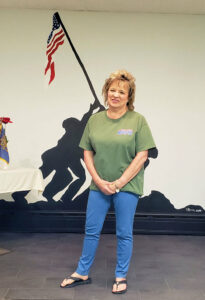 Grew up in New Jersey and lived in WA State where my husband was stationed. I have lived in PA 11 for years. My husband was in USAF and our son is in the USCG, I have multiple family members that are Veterans. I am a school nurse (RN). 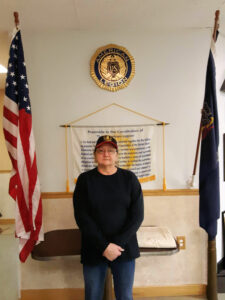 I was born in Pittsburgh, Pa. in 1958. I enlisted in the United States Army in May 1983. As a (36C Wire Linesman Installer) I climbed phone poles, ran cable and installed phones. Was honorably discharged at the rank of an E4 Specialist in June 1987, I moved back to Pennsylvania, in the Clymer area in 2014.